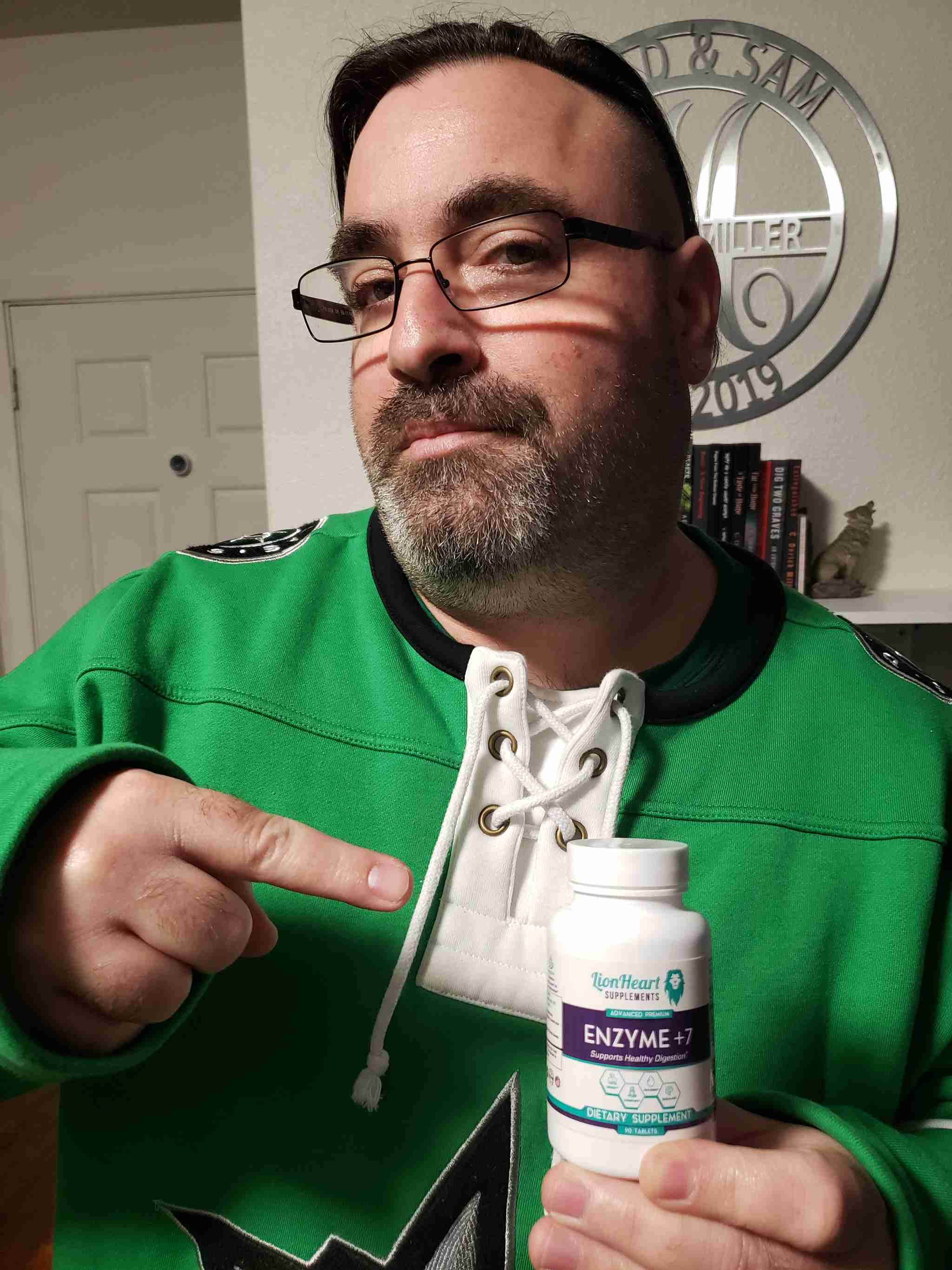 Derick is one of 25-30 million people a year who experience gallstones and gallbladder removal in the US.

Here is Derick's story about having his gallbladder removed and how he found a supplement to help him live a normal life again. 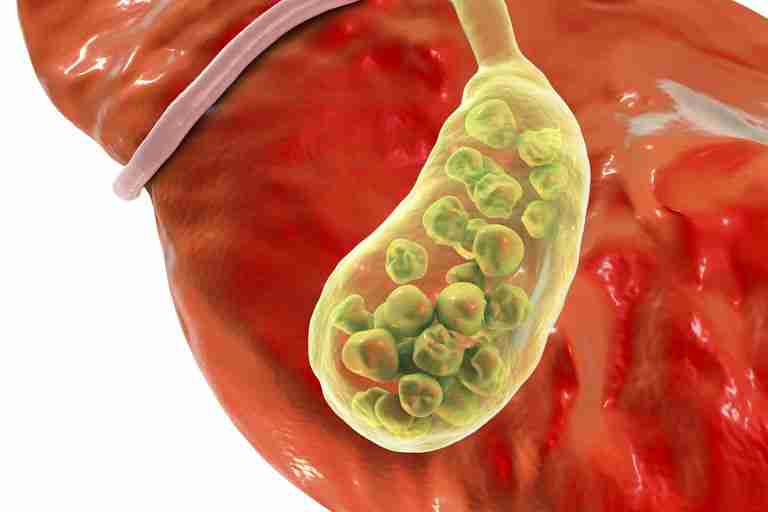 Over the last decade, I started to experience episodes with acid reflux and heartburn on a regular basis. Most times, I would just chalk it up to the aging process and carry on for the sake of normalcy. I couldn't have been more wrong.

I'll never forget the afternoon I rode in an ambulance for the very first time. I'd just put the finishing touches on a novel, so my son and I decided to celebrate with some homemade chips and green chile queso. Two hours later, I was being pumped full of good stuff on my way to the hospital. My girlfriend (at the time) was an ambulance jockey but missed my call by thirty seconds. I had to settle for another ambulance with the guy she'd eventually marry instead. Did I mention that I lead an interesting life?

After two days of testing for any signs of a heart attack, the doctors found nothing. They sent me home stating it was nothing more than a hard bout with anxiety. I took their advice without question. Energy drinks, alcohol, and anything else in my life which led to stress was immediately removed. The boring portion of my existence had begun, and I accepted it with hopes of feeling better. No such luck.

My frequency of panic attacks and heart palpitations increased regardless of the stressors I'd removed. It was a normal occurrence to pace my bedroom into the early morning hours out of fear. After all, I didn't want to die in my sleep! I am a writer! I had to go down in a blaze of glory like so many of my personal idols before me. "Wish granted," said karma. A year later, I found myself revisiting the ambulance. Again, the doctors played it off as stress. In my mind, death was inevitable. I accepted it as such and lived accordingly. Not the best of ideas but no one considered me to be much of a life coach at that point in my life. 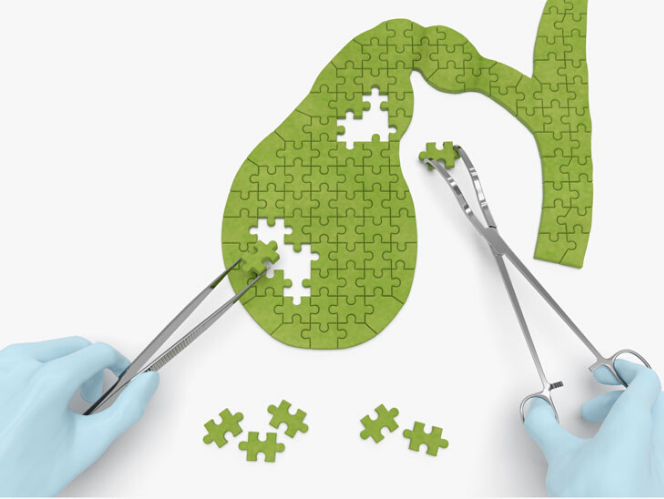 What was going on? Simple. Since the symptoms were like that of a heart attack, the doctors never bothered to look lower than my heart when running tests. I finally swallowed my typical male pride and made an appointment with a general practitioner and cardiologist. After several tests, it was determined that my gall bladder resembled a rock concert. Their words, not mine. It all made perfect sense at that moment. My two 'cardiac' experiences were actually gall bladder attacks and another was destined to occur if I didn't drastically change my diet. So, I did. What followed was a mundane menu that made me wish for inevitable death again. Something had to be done and fast!

The last thing I recall before the anesthesia kicked in was how much my nurse reminded me of Clint Eastwood. Voice and all. I woke up with fuzzy brain and a few interesting scars. I didn't care. I'd just had my stone-filled gall bladder removed and life would soon return to normal. Day after day, I got a little more adventurous at mealtimes. I began to pay the price yet again. Most of my symptoms returned, only worse. My anxiety and heart palpitations soon turned to violent vomiting sessions. My stomach was now the enemy. That unpredictable menace punished me repeatedly for months no matter how, when, or what I ate. My doctor just shrugged. Come to find out, fifty percent of people who endure gall bladder removal continue to have issues. It just wasn't fair! I'd been through so much and now it had gotten to the point of following up every meal with a quick sprint to the bathroom! It was time I took matters into my own hands.

I scoured the internet for days on end in search of relief from my symptoms. Sure, I knew I was never going to be able to eat like a teenager again but, I at least wanted to partake "normally" like any other human being. That was when I came across Enzyme 7 by LionHeart Supplements. I read a dozen or so reviews encouraging me to give this product a try since it was specially formulated to help deal with digestion issues caused by gall bladder removal. The price tag was attractive, and I was desperate. I couldn't have been happier!

The morning after taking my first supplement, I awoke refreshed and full of energy! My stomach was growling angrily as though it hadn't been fed in days. That magic pill had kicked my digestive process into high gear while I was sleeping, and it needed food to continue the journey. I obliged. As a matter of fact, I've been repeating this process with each meal and I haven't fallen victim to a single issue since! I'd expected some form of improvement, but I never imagined it would happen overnight!

A couple of weeks have passed since I started taking Enzyme 7 regularly and I still feel great! I take a pill with each sensible meal and carry on with my life as though the last couple of years never happened. Now, I'm not telling anyone to go out and tackle an entire pizza covered in jalapeno peppers and expect to be granted immortality from a supplement, but this product WILL work if you let it. Speaking of sensibly, don't ride a roller coaster two weeks after internal surgery. Just because your stitches are healed on the outside doesn't mean your insides are ready for extreme G forces. Yes, I learned that the hard way as well. Perhaps I'm not the perfect poster boy for LionHeart Supplements after all.

Regardless, thank you LionHeart. I have hope again. If anyone out there is having similar symptoms, tell your lazy doctor to aim higher and look lower. If you choose to have the same procedure and your problems continue, give the people at LionHeart a try by taking Enzyme 7. I don't think you'll be disappointed.