IBS - How Probiotics Can Help

IBS is a gastrointestinal disorder (GI) that affects 10-20% of the population. The symptoms are erratic and include abdominal pain, bloating flatulence, and excessive or infrequent bowel habits. IBS is different from IBD or inflammatory bowel disease (Crohn's and Ulcerative Colitis) in that there is no underlying inflammation, ulcers, rectal bleeding, or scarring. It tends to begin in adolescence and is related to stress, gut microbiome, food choices, hormones,and exposure to antibiotics, all of which can disturb the gut microbiome. The gut microbiome is considered an organ in the body and interacts with the brainor central nervous system (CNS) and creates a dynamic interaction that can lead to all types of GI and potentially depression and anxiety.

Signs and symptoms of IBS

Alternating bowel habits such as constipation and diarrhea with a sense of urgency after meals are symptoms of IBS as is abdominal pain is initiated by meals that can be diffuse or localized to the left lower abdomen. Cramping, sharp, or dull pain can change over time. Defecation relieves the pain. Abdominal bloating and distension are common features, especially in women.

Additional symptoms consistent with irritable bowel syndrome in females and males are as follows:

·   Sexual dysfunction (including pain during sex or poor libido)

·   Urinary frequency and urgency of urination 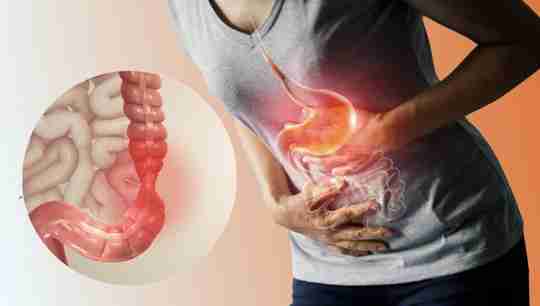 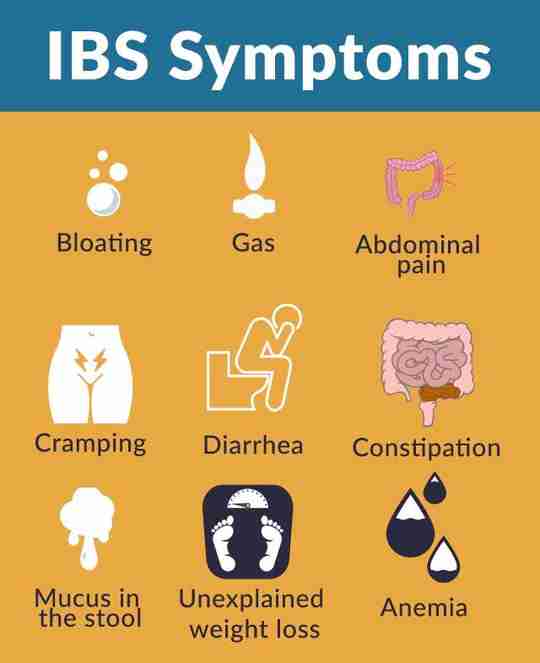 There are four classification categories for IBS based on the Rome IV Criteria:

1.   IBS-C where constipation is the primary symptom

3.   IBS-M with both symptoms of diarrhea and constipation

4.   IBS-U for those that are not in any of the above categories.

Mucus production and abdominal bloating are additional features of IBS, but not diagnostic of any particular sub-type.People in one category can change from one sub type to another.

The symptoms of IBS in women can be aggravated depending on the age and menstrual status of a woman. The onset of menarche is the first menstrual period and causes the ovaries to produce estrogen and progesterone. Both hormones are necessary for reproduction and menstruation.Progesterone slows down the bowel's transit time, and these levels peak at midcycle.

Slow intestinal movement causes more water to be absorbed from the stool, and constipation is more likely. However, right before menses, when both progesterone and estrogen levels drop, crampy diarrhea may occur, and this is further aggravated by the prostaglandin release. The cramps of menstruation can be confused with cramps from IBS, right before bowel movements.

Pregnancy can increase symptoms and cause flare-ups of IBS, primarily due to the elevated levels of estrogen and progesterone, as well as other hormone surges. Gallbladder function slows down,which causes delays in the digestive process. Because fluid demands in pregnancy increase by over 50%, women may find themselves unable to take in enough hydration, and this can contribute to constipation. Furthermore,aversions to certain foods or a drastic change in one's diet can adversely impact the GI tract. 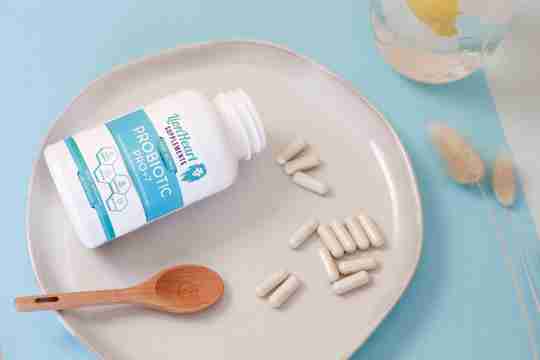 IBS and Probiotics: The Evidence

Research into changing the gut microbiome with probiotics and prebiotics have yielded favorable results with improved mood, normal bowel movements, and less pain.

Research shows that the colonic microbiome is altered in patients with IBS when compared with healthy controls. In addition, some IBS symptoms, such as bloating, slowed gastrointestinal (GI) transit, and early satiety, have been associated with specific gut microbiome profiles.

Fifty‐three randomized controlled trials were evaluated in a recent meta-analysis concerning the role of probiotics in IBS. It involved 5545 patients. Particular combinations of probiotics, or specific species and strains, appeared to have beneficial effects on global IBS symptoms and abdominal pain, but definitive conclusions about their efficacy could not be made.

There were 19 trials that evaluated 1341 patients, using combinations of probiotics that did suggest a significant improvement in IBS symptoms score with active treatment. In some of those studies, women enrollees were represented in higher percentages.

In terms of individual probiotics, Lactobacillus plantarum DSM 9843, E. coli DSM1752,and Streptococcus faecium appeared beneficial in the relief of someof the symptoms of IBS. There was also benefit found for Bifidobacterium,in terms of improvement of global IBS symptoms and pain scores.